The failure to contain living modified organisms: Incidents and impacts

Once released into our environment, genetically modified organisms (GMOs) can be difficult or impossible to control or recall. Over the almost two and half decades of GM commercialization in Canada, we have observed the escape of a number of GMOs: GM canola, flax, wheat and pigs.

Some of these escapes were isolated incidents while others are widespread or ongoing contamination cases. Some escape events occurred with GMOs that were approved by our government (canola and flax) and others with unapproved experimental GM plants and animals (wheat and pigs). 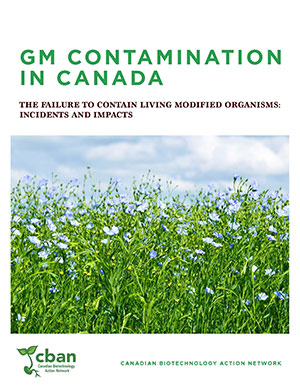