Herbicide-Free Campus, a campaign to ban herbicides at schools 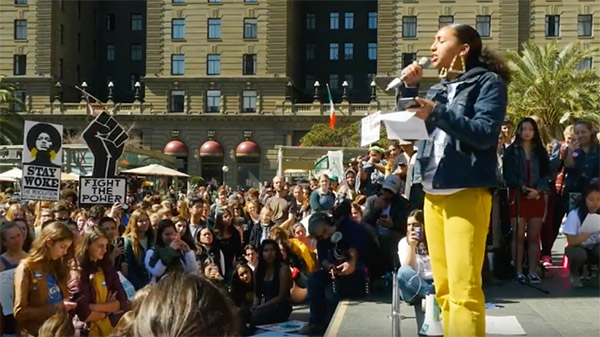 Mackenzie Feldman is a 23 year old from Honolulu, Hawaii, and is the founder of Herbicide-Free Campus, a campaign to ban herbicides at schools. Her campaign originated at UC Berkeley, was expanded to all UC campuses and then broadened to schools across the US. Her work is inspired by the fact that Hawaii— where she is from— is ground zero for industrial agriculture, and they do the most GMO seed testing in Hawaii out of anywhere in the country. She has witnessed her people poisoned and land destroyed by the big chemical corporations. The campaign came about after a day at a beach volleyball practice when she was a junior at UC Berkeley, and her coach told the team that an herbicide had just been sprayed around the courts. Mackenzie and one of her teammates immediately got herbicides banned from the courts, and then expanded the efforts to the rest of campus, launching Herbicide-Free Cal with the support of organizers from Food and Water Watch.