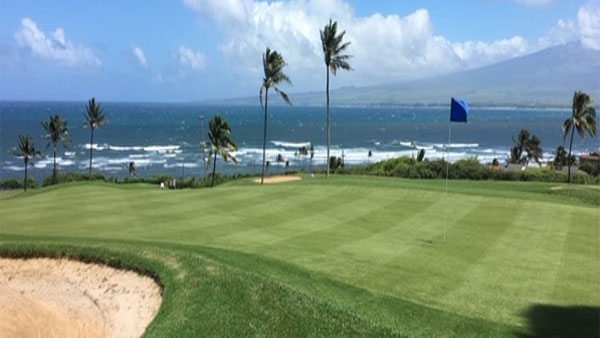 The Maui County Council voted unanimously this week to pass Bill No. 72, which allows only pesticides and fertilizers that are compatible with organic systems and permitted under the USDA National Organic Program to be used on County property.

“This legislation represents the most comprehensive restriction of pesticides and synthetic fertilizers on public lands in a major county in the US,” said Jay Feldman, executive director of the nonprofit Beyond Pesticides. “It represents a clear commitment to the elimination of petroleum-based pesticides and fertilizers and an incredibly important effort to confront the climate crisis, biodiversity collapse, and the protection of the health of workers and communities.”

The Maui County ordinance takes effect in one year, with a few exceptions. It will take effect in two years at the War Memorial Stadium Complex and Ichiro “Iron” Maehara Baseball, and in three years at the Waiehu Municipal Golf Course.

Autumn Ness, Beyond Pesticides’ Hawai’i director of the organic land management program, was instrumental in the passage of this legislation. She said: “This bill has been at least six years in the making. Maui has a very strong grassroots movement of people who have been organizing against the big chemical companies for years.

“As the research and development center for Monsanto, and after the big GMO [genetically modified organisms] moratorium ballot initiative in 2014, Maui residents have become educated on issues surrounding pesticides, GE [genetically engineered] crops, and the influence of chemical companies in the agriculture and landscaping industry.”

This victory to restrict toxic chemicals on Maui County property is a result of an ever-growing grassroots movement organized around sustainable agriculture, state legislation such as better Restricted Use Pesticide reporting and the law banning chlorpyrifos in Hawaiʻi in 2018, and pesticide-free public lands. The same grassroots movement is working to normalize organic practices in all areas and increasing organic agriculture to be a larger part of the island’s economy, according to a press release from the Washington, DC-based Beyond Pesticides.

“We still have much work to do though,” Ness said. “Beyond Pesticides Hawaiʻi is committed to supporting the Maui County departments in whatever way necessary, and to continuing our work with Kauaʻi and Hawaiʻi counties as they work on pilot projects and legislation that will protect residents there from pesticide exposure.”

Maui County Councilmember Kelly Takaya King, who chairs the Climate Action, Resilience and Environment Committee, said: “The pesticide ordinance is a great step in reducing the chemical applications in our parks and around County facilities. While I fully understand the challenges in the agricultural sector, we need to take steps where we can to reduce the harmful effects of pesticide residue where it has potential to directly affect our residents — parks and ballfields especially, but also in runoff that is negatively impacting our reefs and natural marine habitats.”

King added: “The ‘inconvenient truth’ is that many of the chemicals and materials (i.e., plastics and styrofoam) that were invented to make our lives easier, are now being shown to have unintended negative consequences; and, despite the economic interests that are now deeply invested in these products, we must come together for the good of all to rethink our ‘modern ‘practices.”