I first estimated that this “Fall Harvest Edition” would reach you during October. I figured it would be nice to receive it about the time when many of you were harvesting and working with your seeds. But I decided that I wanted to write most of it after I had attended the Seed Banks Serving People Workshop which was held in Tucson in mid-October. Many of the people that you have read about in the Seed Savers Exchange were speaking at the Workshop and I wanted to bring you their words so that we could all learn from them.

A couple of weeks before we left for the Workshop, I had received almost 1,200 samples of heirloom beans that make up the Wanigan Associates collection. I knew I would finally be meeting John Withee in Tucson and I wanted to ask his advice about several things before I wrote the article about next year’s Growers Network. This is the largest collection of heirloom beans that has ever been assembled and I don’t want to make any mistakes with its distribution or multiplication. (For more about the Wanigan Associates collection, see the articles on “The Bean Men”, “The Growers Network” and John’s speech at the “Seed Banks Serving People Workshop”.)

I am really glad that we have gone to two issues a year. There just wasn’t enough room in one issue to bring you news of everything that’s happening. I also felt that I needed to be able to contact you more than just the one time each Winter. And the way our membership is growing, the next “Winter Yearbook” may be almost completely made up of Member’s listings. I see the “Fall Harvest Edition” as a sort of Open Forum for all of the correspondence and articles that you send me. It will also include interviews, photos of collector’s gardens and other unique projects, and, in general, stories about our people. The “Winter Yearbook” will include Member’s listings, Plant Finder Service listings, our Seed Saving Guide, final instructions for the Growers Network and lists of the varieties that will be available through it.

This last spring I really had quite a decision to make. The SSE had grown to the point that it was demanding all of my time, yet I was still working a full-time job. It was obvious that more rapid growth was just ahead and if I was to continue with the SSE, I would have to spend full time with it. But the SSE had never brought in even close to a quarter of what my family would need to live on, and we live very lightly. A man has to feed his cubs. I really worried that I might be making a mistake by quitting my job just when times were starting to get rough. It wasn’t a question of what I wanted to do.

I had written the Grant Proposal that many of you read in the 1981 SSE and I thought it was a good one. But I had no idea whether the money to carry on the work and the projects would really come together. There were several projects that I felt I simply had to accomplish right then. So much was being lost so quickly that I knew what I should do. About that time the SSE was granted Federal tax exemption and also we received a grant from the Soil and Health Society (see page 64). That did it! In April I quit my job and jumped in with both feet. I’m relieved to tell you that things have been going well ever since. Don’t get me wrong. I know it’s going to be a constant financial battle for survival. But the organization and its projects have been progressing just as fast as I can possibly take them for almost a year now. A tremendous amount has been accomplished.

The publicity that the SSE has received during this last year is more than I could have ever hoped for. At times it’s been almost overwhelming. We came back from Tucson to a mail sack full of letters and this is supposed to be the slow season. Once this summer we came back home after being gone for only one week and there were three sacks of mail waiting for us. Diane does a terrific job of helping me keep up with all of the correspondence. But during certain times of the year, such as the last 3-4 weeks when I have been writing this “Fall Harvest Edition”, correspondence really gets backed up. During these last weeks while I have been writing, the multiplication from the Growers Network has been rolling back in. I haven’t been able to write even one thank you during that time. I’ll be glad when this finally goes to the printer, because what these growers have done is very important and I really want to let them know how much I appreciate their help. I hope to get all of those thank you’s written before this book gets back from the printer, because then we will be busy for over a week just with mailings. And by the time these are all finally mailed out, I will be over a month behind in answering all of the other letters that Diane hasn’t felt comfortable answering herself and has saved for me. So it goes…..

What I am trying to say is that if you think of this as a magazine subscription that should arrive on a certain date or if you feel that your letter should have been answered a week after you wrote it, you are going to be disappointed. And if you think of us as a seed company and think of our “Winter Yearbook” as the ultimate seed catalog and use it that way, I’m going to be disappointed. But if we all work together, realizing the whole time that nothing like this has ever been done before, this will turn out to be the greatest vegetable preservation project imaginable. We will all share in and be a part of what some writers are calling “the most exciting development in horticulture today”. Certainly we will have more than our share of growing pains and some mistakes are bound to be made. But let’s also realize that most of the problems that will occur during these first couple of years are because all of these new programs and projects are twisting around trying to find their correct shapes.

I want to thank all of you that sent me the raw material for this “Fall Harvest Edition”: newspaper and magazine clippings, pictures, letters about your varieties and problems and ideas, tips that have led me to long lost varieties, and especially your suggestions. Our real strength lies in working together as a team, not only on the projects, but by reporting what we feel that others can learn from. I am only a “focus” and your input is what really determines the success of our organization. Again I wish to thank the folks who gave of their time by participating in last summer’s Growers Network. And I also want to give a warm welcome to many of the members of Wanigan Associates who are with us for the first time. 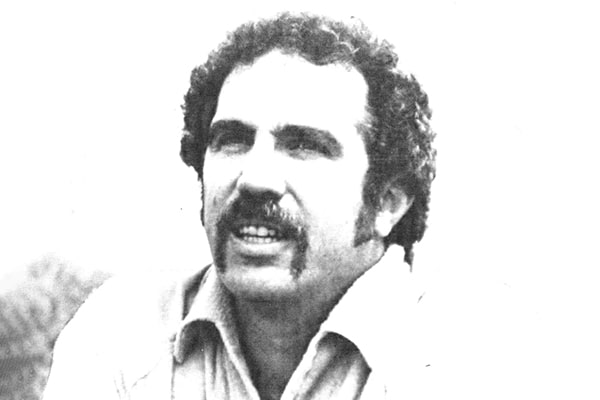 Whatever Happened to the Vegetable Variety Inventory? or The “Apple” of my Bloodshot Eye

Introduction to The Garden Seed Inventory

Closing from the Intro to the 1986 Winter Yearbook

1986 Speech to the NPGRB Fort Collins

A Letter to SSE’s Members

Giraffe Hero Award Given to Kent and Diane Whealy

Exploration and Collection of Vegetable, Forage and Other Crop Seeds in the Ukraine

More documents will be added as available...